Edition Svitzer is a relative newcomer to the world of flute publishing. Set up in 2001, the flute catalogue is under the experienced eye of Henrik Svitzer, one of the two brothers running this family firm together with their father. All three have worked professionally as musicians, and Henrik studied with Marcel Moyse in the US before holding the position of principal flute in the Royal Danish Orchestra for 21 years. He is now professor at the Royal Danish Conservatory of Music, and his experience in the flute world has proven to be a fantastic basis on which to produce a beautifully produced, intelligently sourced flute catalogue. 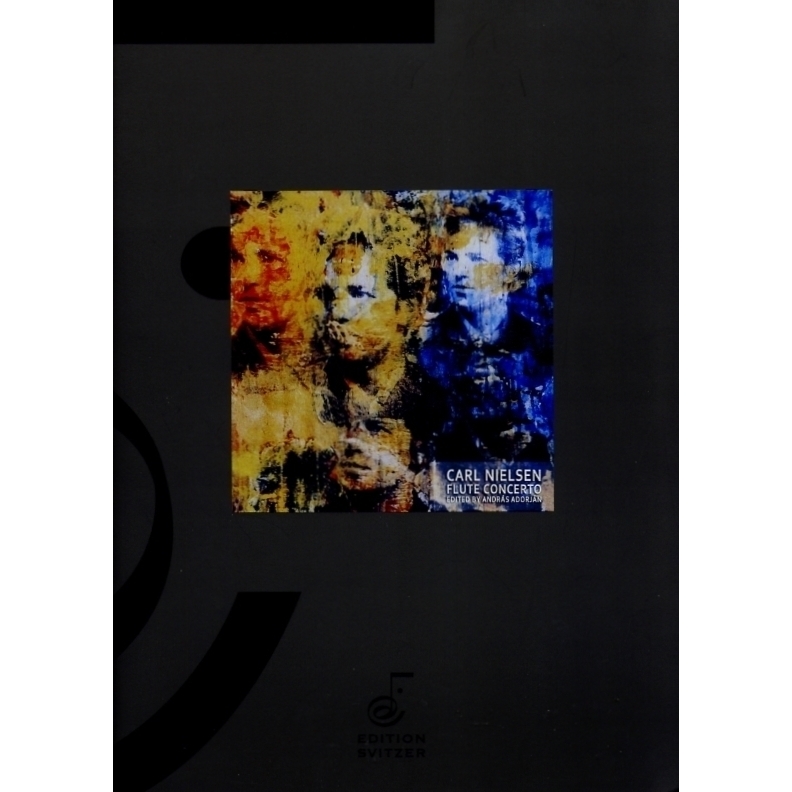 As this is a Danish company, the music of Nielsen is well represented in the Svitzer catalogue. The famous Flute Concerto is edited by András Adorján, and is probably the best version on the market at the moment. Its unique selling point is that it includes two copies of the solo flute part: the first version has all the important orchestral writing cued on a separate stave, whilst the second version has the orchestral writing arranged for a second flute. This has the obvious advantage of being able to get to know the score completely before standing in front of the orchestra. Care has been taken to highlight the important orchestral lines in both harmony parts and in the piano reduction, which has been made a little less exacting. Altogether this is a very impressive edition and well worth investigating. Hot off the press are two brand new volumes of Orchestral Excerpts arranged for 4 flutes. All the major flute solos are here, and although some of the extracts are short, in most cases they cover exactly the bars that might be set for a first flute audition. Flutes 2, 3 and 4 are arranged to cover the accompaniments and to put the solo into an orchestral context. For example, ‘Aus Liebe will mein Heiland sterben’ from Bach’s St Matthew Passion from Volume 1 has simply the opening phrase accompanied by an arrangement of the oboe da caccia accompaniment. This graphically illustrates just how this beautiful solo works, and will transform a student’s view of it much more effectively than just looking at the score. This aria also appears in Volume 2 in a longer form, where the first flute takes the vocal line leaving the solo to the second flute – another way of all players really getting inside the music. Arias from Mozart’s Magic Flute are also treated in this way, while the enigmatic extract from Mahler’s Ninth Symphony is brought to life by both playing the complex string writing underneath the solo and hearing how that affects performance. These books are an exciting and fresh way to bring these taxing solos to life and if the quartet is good, everyone can have a go!

Another interesting aspect of the Svitzer catalogue is the music for flute groups. An adaptation of Kuhlau’s Piano Sonatina in G major for 10 flutes (piccolo, 7 C flutes and 2 alto flutes) is already proving popular. There is a particular challenge in ensemble playing with such large numbers, and success is often down to the quality of the arrangement. Here it is outstanding. The detail of the piano writing is conveyed by the first 7 parts, with the remaining flute and alto flutes providing a strong bass line. This means that the texture is intricate but there is always something strong to hang on to, especially if you are playing one of the inner parts. The result is quite delightful and will be enjoyed by audiences and performers alike.

This is also true of Ravel’s ‘Le Tombeau de Couperin’ which has been transcribed here by Erik Norby for the so-called ‘Kuhlau Quartet’ of 2 flutes (one doubling piccolo), alto flute and bass flute. Norby was a great orchestrator and he has managed to convey nearly all of the vibrancy and colour of Ravel’s score – quite an achievement! You will need four good players for this as all the parts represent a challenge, especially for the alto and bass. This piece really works though and it’s great for flute players to have access to such a high quality arrangement.

The unusual repertoire for flute and piano listed is also intriguing. Composers such as Poznansky, Stankovych, Graesvold and Weyse are featured together with the slightly more familiar works of Morlacchi and Schneider. Svitzer’s own book of Flute Exercises is also worth a look. Aimed at the professional player with very little time to practice, he has gathered together all the essential material that he has found useful over the course of his illustrious career and set it out in a logical order with advice on how to manage it all. His preface states the ‘the exercises are also made for the love of flute playing’ – a sentiment that could be described to this entire catalogue!