Tetractys Publishing is the brainchild of Carla Rees, home to her own compositions and arrangements as well as the many pieces that have been written for her. The range of material on offer here is vast. Obviously the catalogue is heavily weighted towards contemporary music for low flutes as this is Carla’s main area of expertise, but there’s much else to tempt you as well.

Her adaptations in two volumes of the JS Bach Cello Suites [volume 1]  [volume 2] for alto flute are a wonderful way of developing skills whilst using great music. Breathing and stamina are often a problem on low instruments, but if you can manage these it will really help. Aside from suggested articulations, the music is left for you to edit as you wish and you will be able to return to them many times, always finding something new. There are versions [volume 1] [volume 2] adapted specifically for bass flute too.

One of the most interesting pieces of contemporary music for solo alto is Adam Melvin’s Hyperlodic Interpretations written in 2003. Influenced by the jazz musician Eric Dolphy, the format is slow introduction (poco rubato – aggressive) followed by a rhythmic main section which is always driving forward. A much slower jazz melody follows before the momentum increases to the end. The fluctuating time signatures allow for flexibility in the interpretation and the basic multiphonic and portamento techniques are very approachable. If you are feeling adventurous, give this a try. 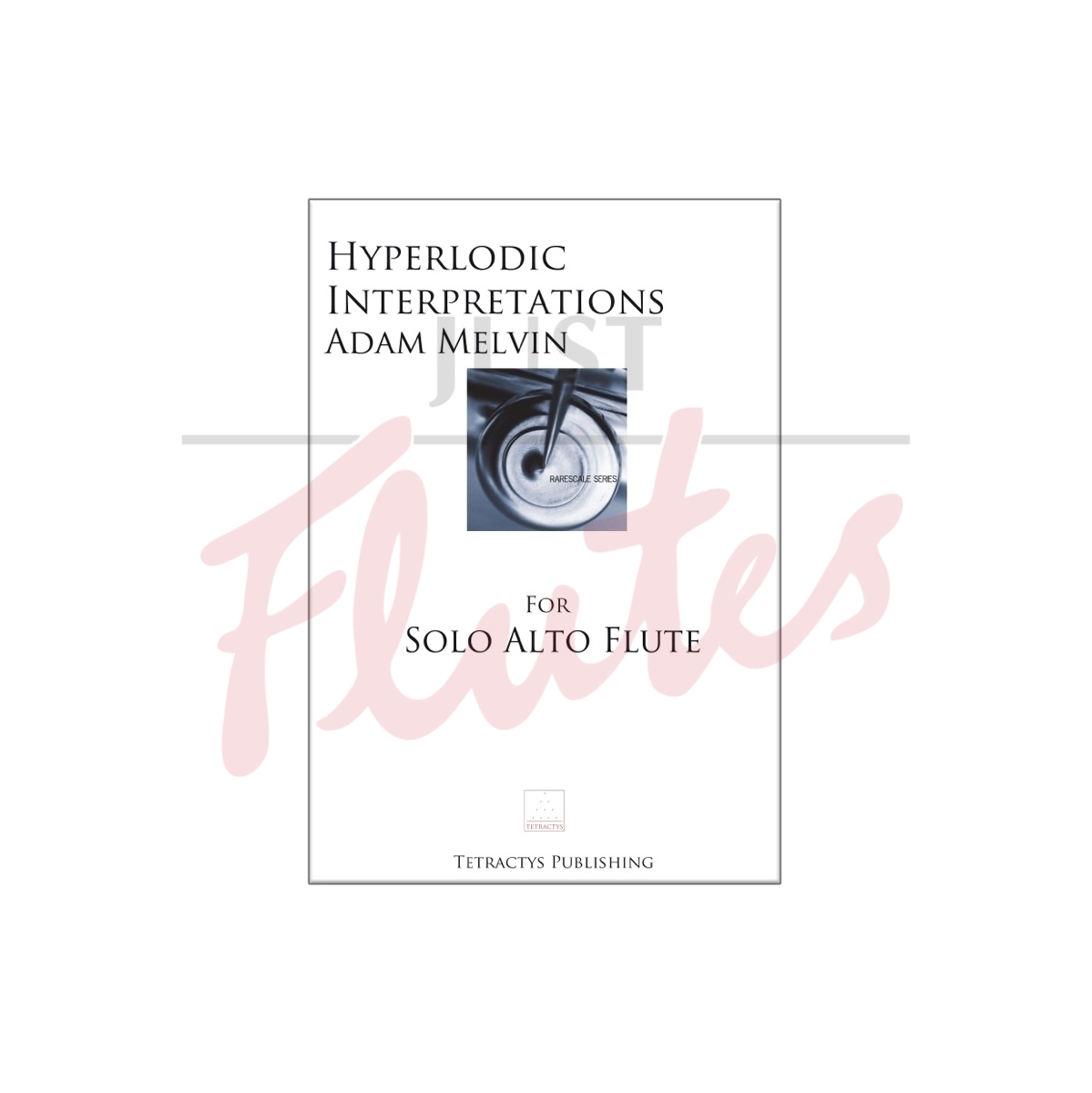 Another winner is Moss Garden by Michael Oliva for bass flute and electronics. This wonderful piece is all about texture (‘an exercise in simplicity’) with the slow moving flute writing merging into the accompaniment to create the magical world of a Japanese garden. The electronic part is supplied as a download and you will need some basic equipment for performance. It’s so worth the effort though as this unusual piece would enhance any flute recital programme.

If you fancy something a little more mainstream whilst staying with living composers, Attitudes by Jon Jeffrey Grier for 2 alto or C flutes might fit the bill. This is a very striking duet which aims to ‘capture the states of teenage people’. In three movements, the writing is quirky, and at times virtuosic. Although there are no advanced techniques to master and the rhythmic footprint is mainly straightforward, the challenge is in the dovetailing of the parts to blend as one. ‘Flirty’ is rather fragmentary with short rhythmic figures dancing around each other, whilst ‘Pouty’ uses tremolando and trills to provide the colour. ‘Ansty’ is an exciting whirl of notes which will bring the piece to a rousing conclusion.

Another work for virtuosos but from a completely different world is Carla’s own arrangement of The Flight of the Bumblebee by Rimsky-Korsakov for piccolo, flute and alto flute. This is a brilliant romp which is just so great to play!

Quatraine II for 3 piccolos and alto flute is one of Carla’s original compositions. Her aim was to pit ‘the chattering piccolos’ which are given angular leaps and short phrases against ‘the sonorous tone of the alto’ with its mainly melodic line The result is a perfect fusion of sounds that perfectly conveys the differing characters of the instruments. Whilst seeming ultra-modern, Quatraine is very approachable to play, giving you the best of all worlds!

Recent publications have included a large range of mainstream works that Carla has transcribed for ensemble. Again, the emphasis is on low flutes, so the result is completely different to that of more conventional arrangements. Crucifixus in 8 Parts by Antonio Lotti is scored for 6 altos and 2 bass flutes with contrabass if available, but three alternative C flute parts are also included. Tuning, balance and stamina are the issues here, but this simple work can sound really effective if played well.

More conventionally, the Quantz Concerto in G for two flutes is scored for 2 solo flutes, 2 flutes, 3 altos, bass and optional contrabass. The concerto grosso feel of this has been captured skilfully. The beautiful slow movement in particular contrasts unison tutti passages with intricate solos accompanied by a simple bass line.

Another winner is the arrangement of the Donizetti Flute Sonata for solo flute, 2 flutes, 2 altos and bass. Again Carla has transcribed sensitively, spacing the parts to allow the solo flute to carry over the main group. The solo part is original, and all the intricacies of the piano writing are seamless integrated into the other flute parts. This is an incredibly good way to showcase a lovely but rather neglected work.

If you would prefer to play an original work, Rainbow Measures by Rob Keeley, (2 piccolos, 4 flutes, and 2 altos) is another effective work that will challenge your ensemble skills. Lasting 9 minutes and ‘imagining each player as the colour of a rainbow’, the swirl of notes, rhythms and textures coupled with varying tempos and extreme dynamic changes results in a very colourful piece that will be a joy to accomplish.

The Tetractys catalogue also includes many of the works written for Carla’s flexible group Rarescale. One of the most compelling of these is Andrew McBirnie’s Mechanical for alto flute, cor anglais and bass clarinet, a short 2 minute piece in which continuous semiquavers passed around the group are punctuated isolated notes and rhythmic cells. The exactness of the writing really conveys the predictability of the machine and is utterly mesmerising. 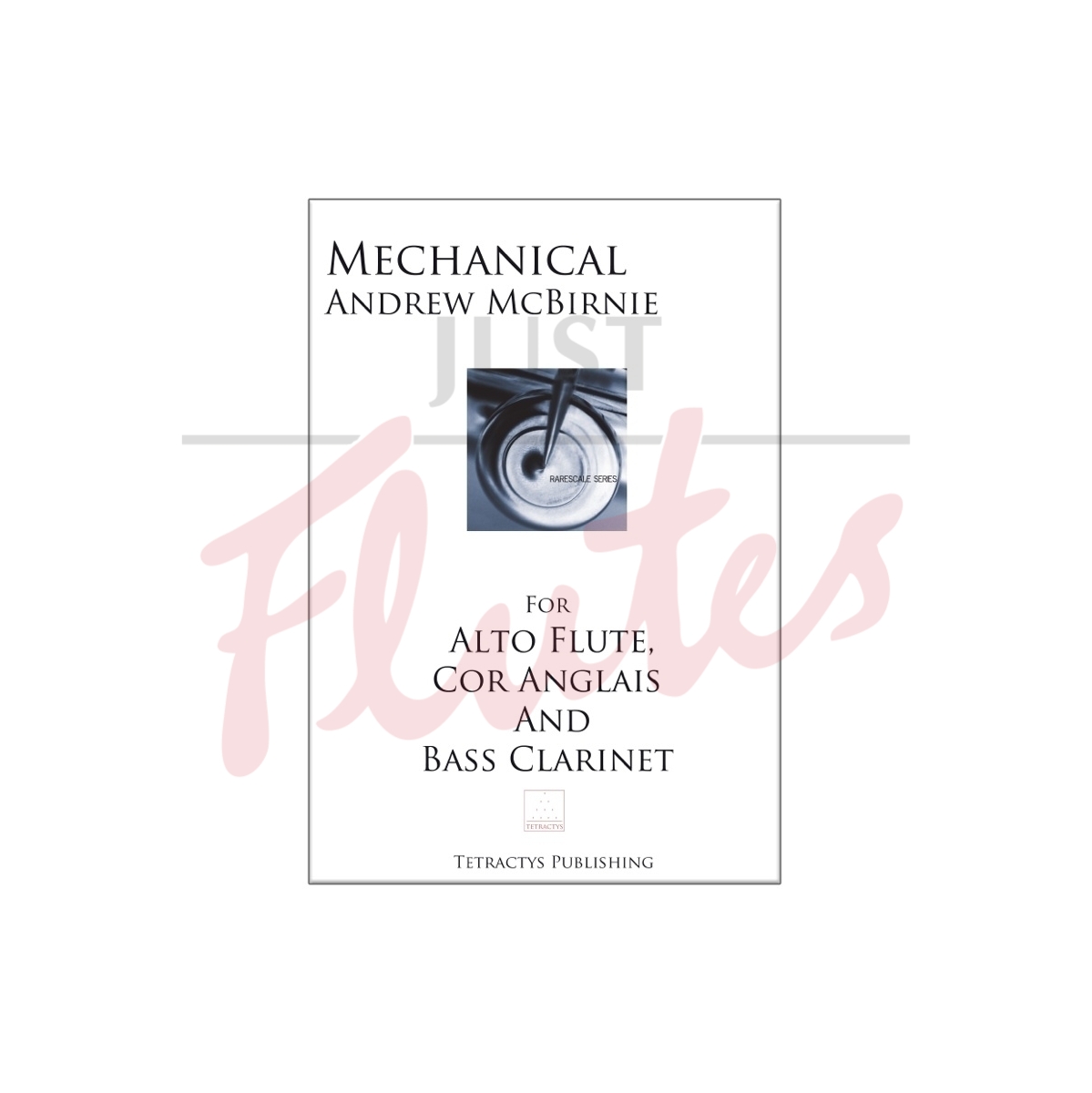 Tetractys is so much more than just ‘niche music’. Delve further and you’ll uncover gems galore and there’s something for everyone.