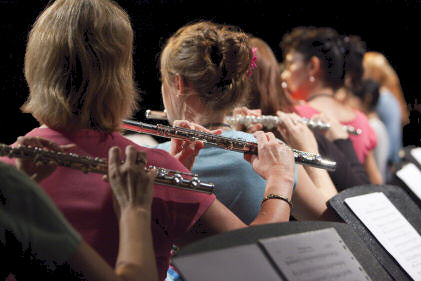 Whether you are a novice in charge of your first flute choir, or you are a veteran and have run many ensembles, choosing music for that all-important first rehearsal is a daunting task at any level – but when planning for a beginner ensemble it is even more  important to hit the ground running.

Picking one or two pieces that will be sure to work will give the group the easiest route to success. Underestimating the standard isn’t usually a problem, depending on the dynamic of the group. Didn’t anyone tell you that you had to be a psychologist as well?! Often, the standard can vary substantially between those who are almost ready for the first exam and those who can just about produce a note, and fortunately there are books designed just for such a scenario.

This gem of a book is  invaluable in this situation as the eight original little pieces are just right for starting off an inexperienced group. 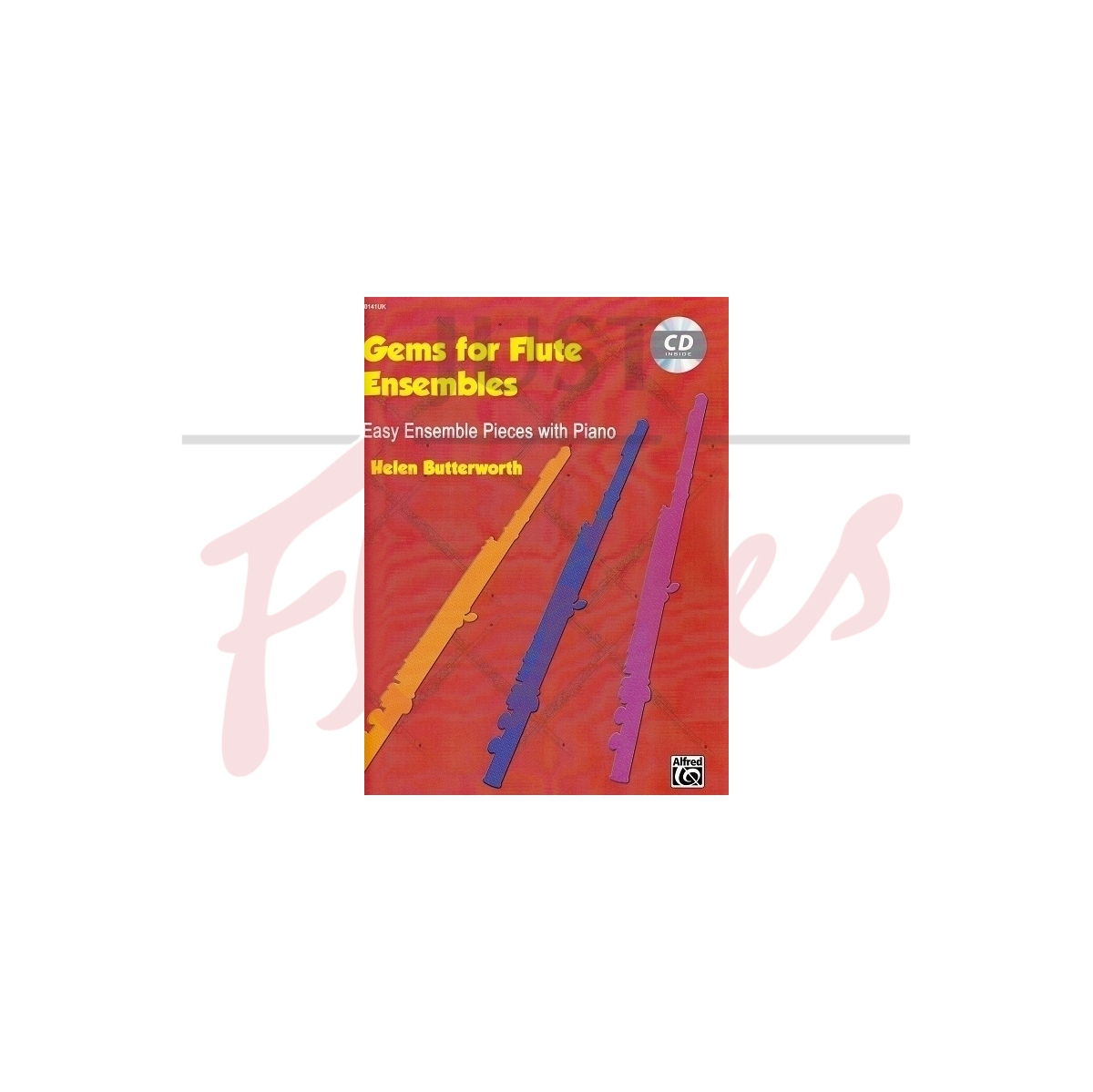 The keys and rhythms are mostly eas,y and there are duets, trios and a larger group piece included. The most important element is the accompaniment, which will hold everyone together and allow those less able to feel that they have made a contribution. Don’t worry if you aren’t a pianist as the CD includes the piano part, as well as complete performances of each piece. Some of the pieces have a very easy or optional part, some can be played as a round  and some are more difficult. You can also photocopy the parts. Perfect! Buy Now!

There may be an occasion when you feel that simply doubling up two  flute parts might just  be easier. These great little pieces are perfect for the inexperienced and the popular jazz style is sure to motivate! Sarah 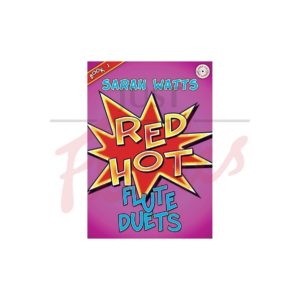 Watts is great at using the accompaniment to make the simple flute parts sound more interesting and, as with all her books, a CD is included to make this easier. There are two speeds for each track which is invaluable! The first three numbers are written with the flutes in unison rhythm before Head in the Clouds introduces a small amount of independence.  The highest note used is first octave D which results in the second part being quite low so often the first part is a little easier to manage in the initial stages. You could double up these parts indefinitely and the music would come to no harm at all! Buy Now!

Easy Flutes Together: Music from the Classics arranged by Terry Kenny and Terry Cathrine

If you would prefer something without accompaniment the Easy Flutes Together series of arrangements by Terry Kenny and Terry Cathrine is always worth looking at as it’s designed to give starter flutes the chance to play familiar tunes along with their friends. 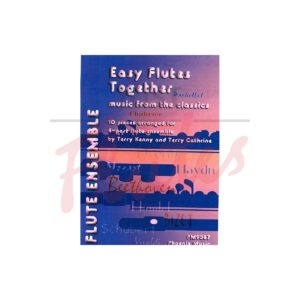 Music from the Classics includes Papageno’s Song and Ode to Joy which might be familiar. Pachelbel’s Canon would be a good place to start from in this collection, bearing in mind that the easiest part can often be the third.  The overall level is up to grade 3, all the pieces are well-known, and the arrangements have a great deal of rhythmic unity to hold everything together. Included are three copies of each part and extras are available for purchase. You can’t buy much better for beginners than this! Buy Now!

Sometimes the best way to inspire a group is to use music that everyone will know, even if it is slightly too difficult for some. Starting with a popular tune that everyone will love gets everyone engaged immediately and they don’t come much more popular than Chitty Chitty Bang Bang!  The arrangement has to be good though, and you wouldn’t expect to find anything less from Mel 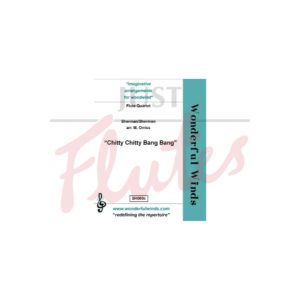 Orriss. The lowest part is cleverly pitched for a novice with a winning combination of easy rhythms, a small note range and an imaginative use of percussion instruments. I’m sure you could use anything that comes to hand here if you can’t find the right ones in the cupboard. There’s interest in the other parts too and you’ll probably find your grade eights wanting to join in!  A sure-fire crowd pleaser – parents will be overjoyed to hear this at a concert! Buy Now! 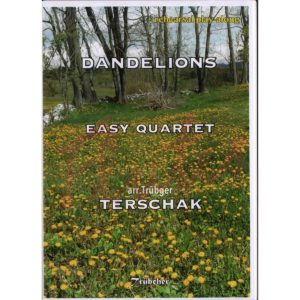 Another approach would be to chose a lovely but unfamiliar piece that is simple in both style and technical challenges,

Dandelinos by Adolf Terschak ticks both boxes. Using only crotchets and quavers and a note range of low octave E to middle register A, Roz Trubcher has ensured that this has a style that is easy to work with.  The most interesting aspect here is that the parts are all rhythmically independent, aside from the  six syncopated bars where they all meet. This allows players to develop their ensemble skills through counting and gives them the chance to catch up if they fall behind. There are some note challenges too with C, G and D sharps appearing in the middle section. This is clearly a long term investment in terms of skill sets but also introduces everyone to the tuneful music of Terschak! Buy Now 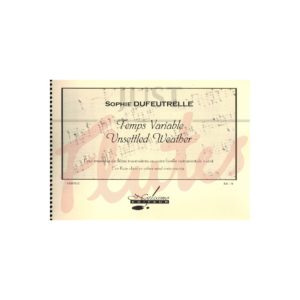 Finally something completely different! This is not strictly for beginners but if  you are needing a new approach, or you have a very mixed group of players this might be just the thing. Each of the pieces  has only an illustration and  symbols of what to play,  so there is no conventional notation. This is very flexible as the group can be divided or used as a whole. Some of the effects are easier to assimilate than others, for example jet whistles are used in Gust of Wind. This will help younger ones to find their diaphragms and extend the range of the more advanced. There are instructions for the conductor too – Curtain of Rain should be directed with an umbrella. There is plenty of scope for improvisation here and this could easily be adapted to suit beginners only. Designed to fire the imagination it’s so useful on so many levels. Do give it try! Buy Now

Running a flute ensemble is a great way to make music so I hope that you and your students enjoy these pieces. Then your audiences will love them too!

Exploring the new ABRSM flute syllabus 2018: Grade 7
A “pressing” issue
“What Should I be Practising?”